It’s been 2 years since the Good Samaritan Judgment. What has been the Impact?

The Study reveals that the Implementation of the Good Samaritan Law is a major challenge. Given the low levels of awareness, interventions must be centered around raising awareness about the Law amongst citizens and key stakeholders. The other way to improve implementation is for States to enact legislation protecting Good Samaritans.

How did India get its Good Samaritan Law


In its landmark judgment on March 30, 2016, in the matter SaveLIFE Foundation v. Union of India, the Hon’ble Supreme Court incorporated the guidelines for the protection of Good Samaritans and Standard Operating Procedures for their examination by police and during trial, and invoked its inherent jurisdiction to make them binding on all States and Union Territories. With these landmark guidelines now having the “force of law” conferred by the apex court, no bystander can be harassed if he/she brings a victim of a road crash to the nearest hospital.

Your rights as a Good Samaritan

A bystander or Good Samaritan shall not face any civil and criminal liability arising out of helping a road crash victim.

A Good Samaritan, who informs the police or emergency services for the person lying injured on the road, shall not be compelled to reveal his name and personal details on the phone or in person.

Disclosure of personal information of the Good Samaritan in the Medico Legal Case (MLC) form provided by hospitals shall be voluntary.

Disciplinary or departmental action shall be initiated by the Government concerned against public officials who coerce or intimidate a bystander or Good Samaritan for revealing his name or personal details.

A Good Samaritan who has voluntarily stated that he is also an eyewitness to the accident shall be examined on a single occasion and the State Government shall develop standard operating procedures to ensure that bystander or Good Samaritan is not harassed or intimidated.

Video conferencing may be used extensively during examination of bystander or Good Samaritan including eye-witnesses in order to prevent harassment and inconvenience to Good Samaritans.

Lack of response by a doctor in an emergency situation pertaining to road crashes, where he is expected to provide care, shall constitute “Professional Misconduct”, under Chapter 7 of the Indian Medical Council (Professional Conduct, Etiquette and Ethics) Regulation, 2002 and disciplinary action shall be taken against such doctor under Chapter 8 of the said Regulations.

The new report examines the status of implementation of the Good Samaritan Law and the impact it has had on its key stakeholders- citizens, the police, hospitals, and judiciary- two years since the Judgment providing protection to those who come forward and help road crash victims. Read the key findings of the Study here.

Karnataka became the first State to enact an exclusive Law for protection of Good Samaritans this year. The “ Karnataka Good Samaritan and Medical Professional (Protection and Regulation during Emergency Situations) Act” , the drafting of which was supported by SaveLIFE Foundation, aims to provide protection to Good Samaritans, who come to the aid of victims of road accident and other emergency situations, from ensuing legal and procedural hassles.

In Writ Petition (Civil) 235 of 2012 SaveLIFE Foundation v. Union of India, the Apex Court passed its judgment (AIR 2016 SC 1617) by incorporating the guidelines for the protection of Good Samaritans and Standard Operating Procedures for the examination of Good Samaritans by the Police and during trial, and by invoking Article 141 and 142 of the Constitution of India, it made the said guidelines and SOPs binding throughout the territory of India thereby giving them the “force of law”.

Issuance of Standard Operating Procedures for the examination of Good Samaritans

Pursuant to the guidelines issued on May 12, 2015, the Ministry of Road Transport and Highways (MoRTH) issued a notification in the official Gazette of India laying down Standard Operating Procedures (SOPs) for the examination of Good Samaritans by the Police and during trial.

Issuance of guidelines for the protection of Good Samaritans

On May 12, 2015, the Ministry of Road Transport and Highways (MoRTH) issued notification in the official Gazette of India laying down guidelines for the protection of Good Samaritans from legal and procedural hassles.

Introduction of Private Member Bill in the Parliament

Mrs. Kirron Kher, Member of Parliament, Bharatiya Janata Party (BJP), introduced ‘The Good Samaritan (Protection from Civil and Criminal Liabilities) and Miscellaneous Provisions Bill, 2014’ on December 12, 2014 in the Lok Sabha. This bill provided for protection to Good Samaritans from civil and criminal liabilities by establishing supportive legal environment, constitution of Good Samaritans authority, obligations of hospitals and clinics and for matters connected to the issue.

Change.org petition to Introduce a Good Samaritan Law in the Parliament

SLF started this online petition asking the Union Health Minister J P Nadda to introduce a Good Samaritan Law in India. The petition, which started with a single signature, garnered the support of 94, 957 people in a few months.

Study on Impediments to bystander care in India

SLF initiated a study in seven cities to develop a first-hand account of factors that hinder bystanders from coming forth as first responders to assist a seriously injured victim on the road. It was carried out among 1027 road users in Delhi, Hyderabad, Kanpur, Ludhiana, Mumbai, Indore and Kolkata 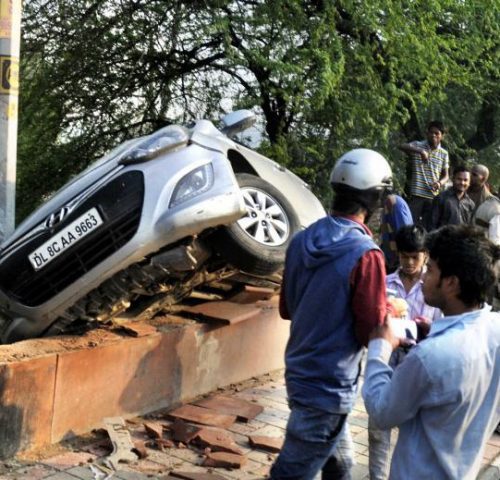 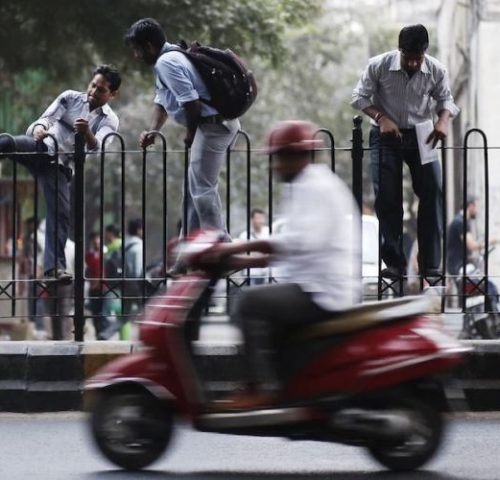