These staggering figures compelled the Supreme Court of India in August 2013 to call the problem of road crashes in India a National Emergency. The existing Motor Vehicles Act, 1988, an imperial legislation, has proved to be inadequate in addressing the systemic challenges plaguing the road transport sector and has failed to ensure road safety for the people of India.

Road traffic in India currently operates within the legal framework established in the Motor Vehicles Act, 1988. While the Act was enacted at a time when the growth in India’s road transport sector could not have been envisaged, it has only been moderately amended in the last 28 years with complete disregard to safety and rationalisation of penalties. The Act, has proved to be inadequate in addressing the systemic challenges plaguing the road transport sector and has failed to ensure road safety for the people of India.

The sudden demise of Mr. Gopinath Munde, Union Minister for Rural Development, in a road crash in New Delhi on June 3, 2014 prompted the then newly elected government into promising new legislation with strong provisions for road safety, which would repeal the inadequate law currently in existence.


A comprehensive bill was indeed drafted but was not introduced in the Parliament due to the stiff opposition it received from some States and other stakeholders with regard to provisions on taxation, public transport and the setting up of lead authorities. This prompted the Government to set up a Group of Ministers (GoM) to give recommendations on road safety. Following a major campaign led by SaveLIFE Foundation including written appeals from Members of Parliament to the Prime Minister, Shri Narendra Modi, the Government of India introduced the Motor Vehicles (Amendment) Bill 2016 in the Parliament on August 9, 2016, to address the issue of road safety in India.

The vision of SLF’s 10 point policy solution is to provide a framework for a road safety law in India that protects all classes of road users including children, the elderly, pedestrians and non-motorised road users.

Protection of children during commute

Stringent punishment for drunk-driving and overspeeding

Stringent punishment for violation of helmet and seat-belt laws

Analysis of the current bill

The Motor Vehicles (Amendment) Bill, 2019 has been introduced in the Lok Sabha today on 15th July 2019. The Bill has specified enhanced penalties, national registers for driver licences and vehicle registration, and mandatory helmets and child restraints for children. The landmark Bill will ensure the safety of all road users and will also play an instrumental role in achieving the target of reducing road crash deaths in India.

In a historic decision to amend the archaic legislation presently governing the country, the Motor Vehicles (Amendment) Bill 2016, moved by Union Transport Minister Mr. Nitin Gadkari, was cleared on April 10, 2017, by the Lok Sabha. The legislation drafted to replace the 29-year-old Motor Vehicles Act, 1988 (MVA) which was last amended in 2001, received bipartisan support across party lines and was passed with an absolute majority in the lower house of the Parliament.

Parliamentary Standing Committee submits its report in the Parliament

On February 08, 2017 Parliamentary Standing Committee on Transport, Tourism, and Culture submitted its 243rd Report on the Motor Vehicles (Amendment) Bill, 2016 in Lok Sabha and Rajya Sabha.

Introduction of Motor Vehicles (Amendment) Bill 2016 in the Parliament

The Motor Vehicles (Amendment) Bill 2016 was introduced in the Parliament on August 09, 2016. The Bill has specified enhanced penalties, national registers for driver licences and vehicle registration, and mandatory helmets and child restraints for children. The landmark Bill will ensure the safety of all road users and will also play an instrumental role in achieving the target of reducing road crash deaths in India.

Signatures of Members of Parliament

Over 60 Members of Parliament signed a letter addressed to the Prime Minister for the urgent introduction of a Road Safety Bill in the Parliament. They highlighted the epidemic proportion of road crashes in India and the need for legislative intervention to curb them.

Introduction of Private Member Bills in the Parliament

A 15-day long digital campaign in November 2015, #SaveThe1M was conducted to urge citizens to petition the Prime Minister urging him to introduce a strong Road Safety Bill in the Parliament. With an outreach of 3,56,173 people, the campaign also received support from lawmakers such as Mr. Baijayant “Jay” Panda from Biju Janata Dal and Ms. Supriya Sule from the Nationalist Congress Party.

A peaceful walk was organized in the heart of Delhi to demand safer roads for all on August 8, 2015. Over 1,000 people participated and wrote messages on the Walk for Safer Roads, which were presented to the Union Minister of Road Transport and Highways, Mr. Nitin Gadkari.

In 2014, comprehensive recommendations were sent to the Ministry of Road Transport and Highways in the chapters pertaining to road safety such as Road Safety and Traffic Management, Highway Protection Force, and Offences and Penalties.

In a national consultation organised in four cities in June 2014, experts gave recommendations to strengthening road safety in India on ten key points, also known as the “Ten Point Agenda.”


COLORS (Coalition for Road Safety) is a collective of Indian NGOs and spirited members of the community working cohesively towards bringing significant changes around Road Safety in India. An initiative by SaveLIFE Foundation, COLORS presents a unified voice to spread awareness about the epidemic of road crashes in India, which, in the last decade alone, have killed over 13 lakh people and seriously injured or permanently disabled over 50 lakh people across the country. COLORS members may or may not be doing direct work in the area of road safety but they have a strong interest in the issue due to its impact on their stakeholders or in some cases, even on their operations. 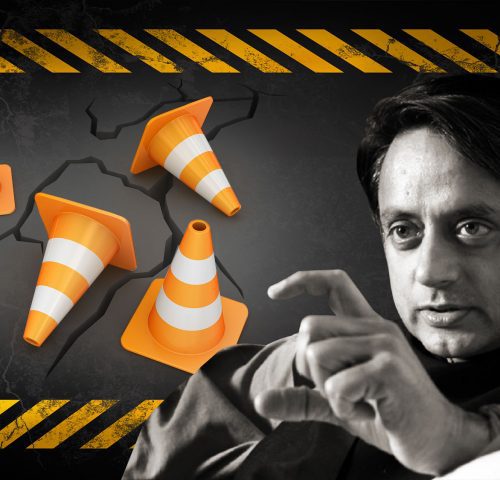